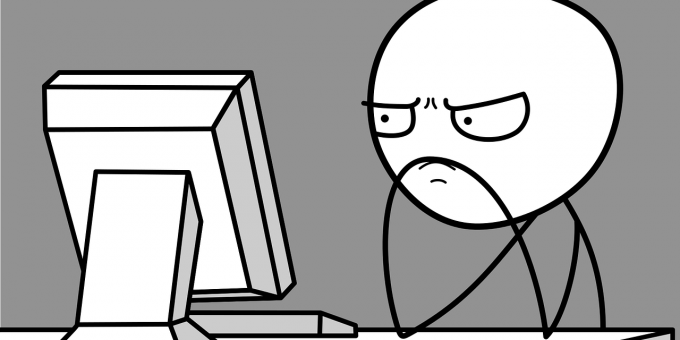 Are we really getting this lazy?

Today’s example of hipster-dipsters taking the Less is More approach to far is going to talk about: The Less Syllable’s is More Better.

OK, this will be quick because I’m actually in the process of writing another post when I was looking up the uses and differences between the words ‘deluded’ and ‘delusional’.

Basically I was looking to see if there was a past tense usage of delusional; as in ‘delusioned’.

I stumbled across this post on grammarphobia.com and actually read the answer before scrolling back and glanced at the question and saw this:

Now you’ll see that it’s dated from way back in 2010, but the trend and overwhelming references to typing less characters and it being most important factor when people post comments on forums related to software engineering had to start somewhere/sometime. (I’m not implying it started right here, I’m merely saying that this ‘trend’ isn’t really a trend but more of a bad habit that’s been going on for quite some time.) This is also the first type I’ve seen some one also mention syllables though.

Not only is it too much for people to type a little more (heaven forbid they might write something that won’t be left to interpretation), but now it almost seems like some people think it’s beneficial to limit the number of syllables they speak.

Something I thought of while writing this post goes way back to the ‘old’ days for software engineering. In those days you only had a minuscule amount of memory to work with, so typing less characters was actually a requirement. So much so that that’s what led to the Y2K bugs.

Who knows, maybe I’ll explore the origins of the current developer culture’s fear of using their keyboard too much in another post. I’ve already spent too much time commenting on this so I probably won’t. I really think it’s the short-hand-sms-based-culture we live in that was warped people’s minds as too what’s important in engineering software.

So I’ll leave you with this:

Let’s put a little more effort in what we do and take pride when doing it.